When developing work with our clients, there are often ideas and concepts we love that don’t make the final cut. Though they may not get their chance to shine on the main stage, we operate on a no-great-idea-left-behind policy and, luckily, the nice people at the Creativity Awards (see you next year) do as well.

One such case, now a Platinum Award winner for the Creativity Awards, is Pixel, a tough cut from the RAX Digital Inspired Infrastructure launch and campaign concepts. Though it wasn’t the right fit for that opportunity, it turns out we weren’t the only ones who saw promise in it.

The pixel concept for Backspace Digital visualizes the relationship between the building blocks of digital experiences and the back-end infrastructure and services that deliver them to the world. In drawing this relationship between the Rackspace Digital services and the end result its core audience – digital agencies – are trying to deliver, it positioned Rackspace’s infrastructure, critical application services and support as the best platform for all digital properties.

One of the elements we liked about this concept was its inherent sense of motion, and the designs below are a selection of storyboards we created for a potential video to support this concept. 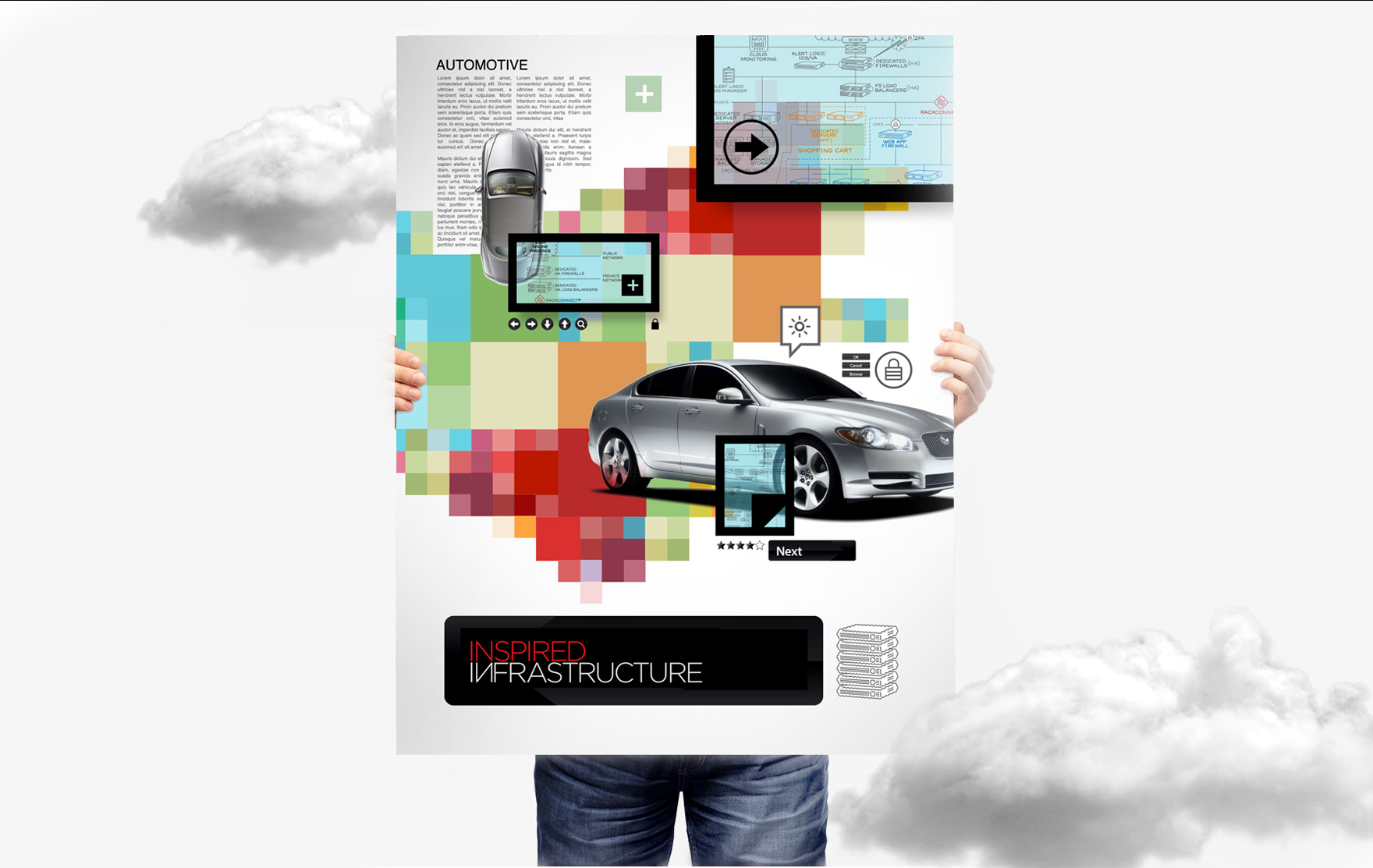 Creative Tonic is an award-winning brand innovation and design studio founded in Austin, Texas. We work seamlessly across mediums and industries, driven by the force that unites them all – Brand.